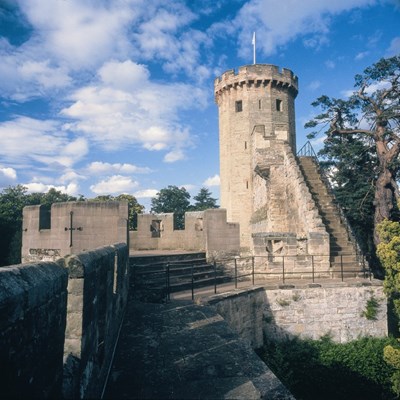 Climb the towers and ramparts and see what you can spot from the top!

The Towers and Ramparts were largely constructed during the 14th and 15th centuries when the castle was under the ownership of the de Beauchamp family. The family spent vast amounts of their fortune on their construction. They were intended to protect those within the castle walls and symbolised the power and importance of the castle’s Earls.

Since the entrance to a castle was likely to be a common target for an attacking force, it was necessary for the defences to be as effective and deadly as possible. The first defence attackers would face was the Barbican. The Barbican was an exterior walled passage which had a drawbridge and extended out into the ditch to provide the Gatehouse with more protection.

Soldiers would be faced with the first iron portcullis and a barrage of crossbow bolts. The attackers would then find themselves in a dark narrow roofed passage with arrow slits on either side and, worse still, murder holes above, from which stones, waste, and boiling substances would rain down upon them. This was followed by an open air space known as the killing zone above which waiting soldiers would fire down arrows onto the advancing army. For the few that made it through these treacherous defences, they would then have to struggle towards the Gatehouse. They would be confronted by yet another portcullis, another set of murder holes and another door. 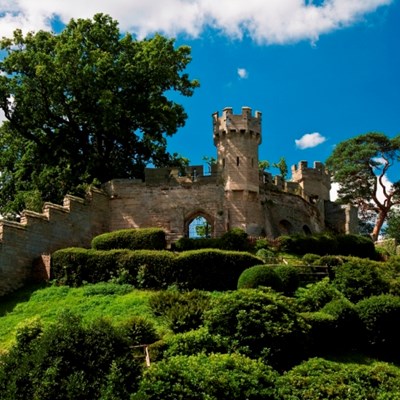 The Conqueror's Fortress, also known as 'the Mound', is the oldest surviving part of the castle and has stood since the castle was first built in 1068. It is part of the original motte and bailey castle that William the Conqueror had constructed.
The Mound originally had a wooden keep on the top, which would have served as the castle’s main stronghold. The Mound no longer houses a keep, which was replaced in the 17th century by a stone observation platform that offers commanding views over the surrounding area. Around the bottom of the Mound was a ditch, the earth from which would most likely have been used to build the Mound itself. In front of the Mound was the bailey, similar in size to our courtyard today, enclosed by a palisade and another ditch beyond that. A number of houses and workers’ buildings including the blacksmith’s forge, kitchens and stables were located inside the bailey.

Did you know?
The castle ditch was never filled with water due to its height above the river, but instead contained sewage from the castle.

The curtain walls are the main walls that connect the towers and main castle structure. Along the wall, walkways were built that allowed crossbowmen and archers to move swiftly from one end of the castle to the other during an attack. 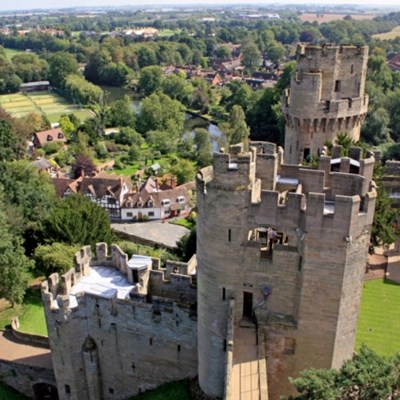 Caesar’s Tower was built on the orders of Thomas de Beauchamp in the 14th century and is a great example of military architecture. It is the tallest tower in the castle, and comprises four storeys, excluding the Gaol. It has an irregular quatrefoil or cloverleaf shape.

From the top of Caesar’s Tower you can see the remains of a ruined medieval bridge. This bridge was formerly the entrance into Warwick from the south and enabled the Earls of Warwick to charge a toll for visitors entering the town. The bridge was ruined by the 18th century and a new bridge was built further up the Avon, which you can still see today.

King Edward IV was held prisoner by the Kingmaker in Caesar’s Tower in 1469. 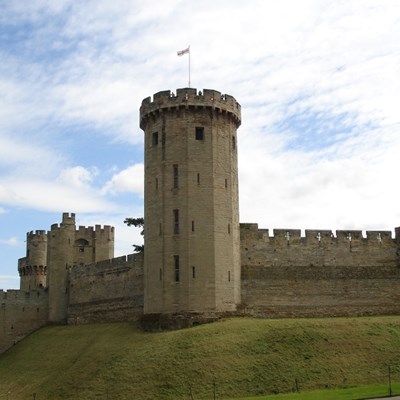 Guy’s Tower was built in the 14th century. It has twelve sides and five storeys. The first four storeys consist of a central stone-vaulted chamber with two small side rooms; one a garderobe (medieval toilet), the other probably a bedchamber. The fifth storey is a hexagonal guardroom.

This tower would have originally been used to accommodate important guests of the Earls of Warwick. However, these rooms were sometimes used to house prisoners including William Sutherland, William Stanley, and an Edward Disney, all leaving their identity behind through graffiti on the walls.

The tops of the towers are encircled by parapets that added a further layer to the castle’s defences. Cut into the floor of the parapet are openings, or machicolations, through which the garrison could drop or pour substances onto the attackers below. Today, Guy’s Tower provides beautiful panoramic views of Warwickshire.

Bear and Clarence Towers were part of construction plans for a royal keep on the north side of the castle created by the future King Richard III during his ownership of the castle. Richard pulled down a section of the existing wall and began the building of these towers, which were due to be part of a larger fortification with towers in each corner. After Richard’s death at the Battle of Bosworth in 1485, construction ceased. The towers were originally intended to be as tall as Guy’s Tower and create a four-way tower house. 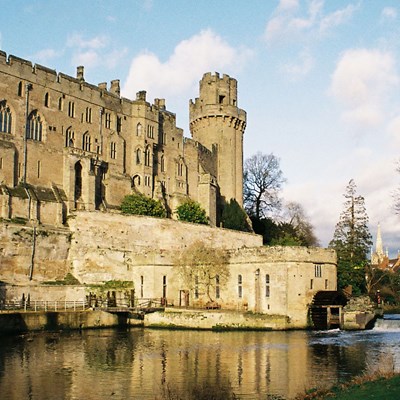 The Gaol occupies the lowest chamber of Caesar's Tower built in the 14th century, and was the original castle dungeon. Leading from a hatch in the ground at the base of the tower, a single flight of steps provides the only way into, and out of, the Gaol.

A single open drain running across the floor provided the only means of sanitation, whilst the only light to penetrate the gloom came from a tiny shaft high on the wall and from a small window in a chamber behind an iron grill. It was from behind this grill that a guard could observe the prisoners.